The Best Cultural Exchange That Can Happen: Part Three of an Interview with Bänoo Zan of Shab-e She’r 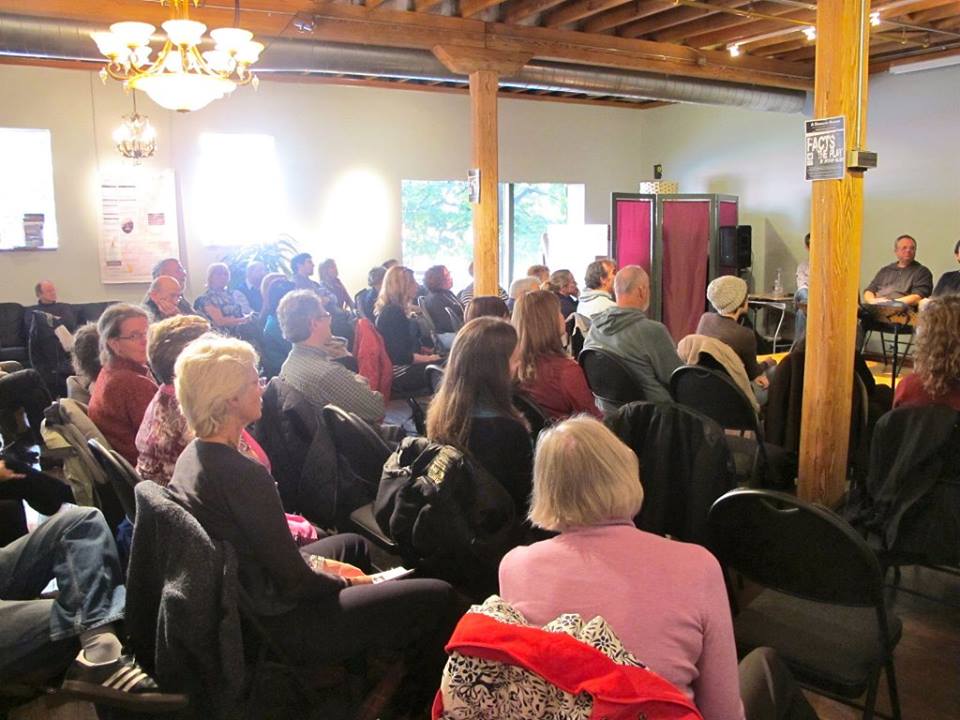 Bänoo Zan is the founder, artistic director, and host of Shab-e She’r, which has been described as “the most diverse poetry series and open–stage in Toronto.” Now four and a half years old, having begun in November 2012, the reading series holds events on the last Tuesday of every month, which currently take place in the Church of St. Stephen-in-the-Fields near College and Spadina. Zan graciously agreed to an interview with Draft Reading Series collective member Jade Wallace to talk about experiencing poetry in a language you don’t speak, the relationship between academia and the literary community she’s building, and government grants. Below is part three of a three-part interview.

BZ: Multiculturalism is respect for the way diverse cultures express themselves: in poetry the way is the language and even the accent. Though Toronto is one of the most diverse cities on the planet, I am not sure Torontonians realize the extent of linguistic alienation of newcomers.

Listening to poetry in another language highlights its musical and linguistic aspects. If the language you are listening to is of the same family as the one(s) you are familiar with, you listen more intently to pick up the odd word or expression you may know. You also listen with your pre-verbal ear. You listen with your heart. This increases your empathy and respect for people who do not have your command over the dominant language and yet are driven by the urge to share their feelings. It is the best cultural exchange that can happen.

JW: How do you think your background as a professor of literature and literary critic has shaped your approach to curating a poetry reading series? Do you carry over skills or interests from academia into your series?

BZ: Years of teaching at university level have given me self-confidence and social and leadership skills. My background has also helped me form and articulate my vision and not be swayed by those who have tried to highjack the event. It has given me the management skills I need to interact with team members, volunteers, audiences and featured poets. It has also allowed me to go beyond the academic approach. I have been encouraged to introduce pedantry, but I haven’t given in. I see my role at Shab-e She’r as the organizer and facilitator of an ongoing cultural exchange. I want to make sure it doesn’t become irrelevant, and I want to encourage participants to feel responsible for its success. Through exposing poets to practices outside their immediate circles, we hope to foster a movement in poetry that has the best of every practice and can be claimed by us all.

BZ: At Shab-e She’r we believe in community building and there won’t be one without poets bringing people together. After all, because we believe in socially and politically engaged poetry, it makes no sense to produce or showcase it in the absence of an audience.

There is a practical consideration as well: writing grants is a confusing and time-consuming responsibility. I think it is unfair and exploitative to expect that an immigrant such as myself should do even more unpaid work so that my fellow-poets are paid better. If the poets feel the need for grants, we invite them to volunteer their time and expertise. This is also in line with our goal of developing into a community whose members support others.

There are other considerations as well: I don’t know much about grants and may be wrong, but it seems to me that they have fixed structures. It seems that organizers are expected to restructure our events in order to meet the granting bodies’ expectations, instead of those organizations trying to help us realize our goals and visions.